Richmond Airport (also known as RIC), located conveniently between Richmond and Williamsburg, Virginia, is such a pleasure to fly in and out of. Unlike huge hubs like Dulles International Airport, LAX, and Chicago O'Hare, it's so easy to get to and easy to navigate that you're less likely to be exhausted before you even get on your flight.

This page is dedicated to providing the following important facts:


Below are the air carriers servicing the airport. I'm including their phone numbers, as well as their baggage claim numbers for your convenience.

One note about baggage claim at RIC. In all the times we've flown in and out of the airport, I can't ever remember having to wait more than a 10 minutes (at most) for our lugguage. Wow! Can you say that about the major hubs? So you'll be one your way that much faster. 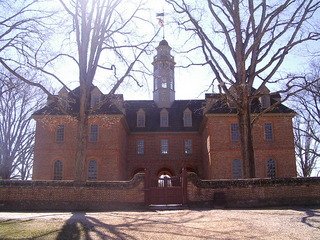 Colonial Williamsburg is just a short drive from the airport. 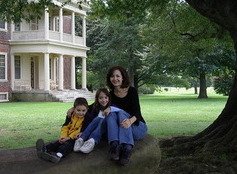 Shirley Plantation, one of the James River Plantations, is also a short drive from the airport.

Another nice thing about RIC is its size and simplicity. There's only one terminal, so you won't have the hassle of trying to figure out which terminal to go to. Plus, once you're in the terminal you won't be out of breath by the time you get to your gate!

Here's a printable version of a Richmond International terminal map.

Restaurants in the Terminal

The airport offers a major bookseller/gift shop, as well as several food options. The restaurants, and their locations in the terminal, are as follows:

What we like to do is pick up a bite to eat to go, then take it to the end of Concourse B (we always seem to fly out of there). We get a seat at the end of the concourse and let the kids eat while seated at the window so they can watch the planes take off on the runway. Keep 'em busy before the flight!